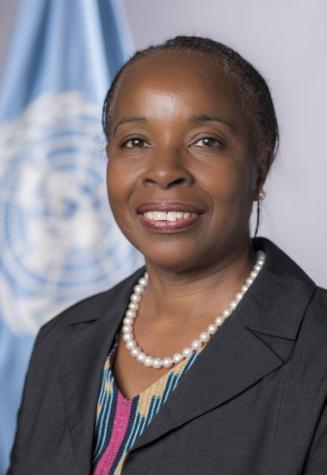 Most recently Deputy Executive Director (Management) of the United Nations Children's Fund (UNICEF), Ms. Ndiaye brings to the position more than 24 years of knowledge, hands-on experience and inter-agency work of the Organization in the areas of audit, investigations and evaluation, coupled with overseeing and coordinating human resources, finance, budget, information technology and administrative services and operations.  She has made important contributions in leading organizational transformation initiatives in the United Nations.

Ms. Ndiaye holds a Master of Business Administration degree from l'École Supérieure de Gestion des Entreprises, Senegal, and a postgraduate degree with specialization in auditing from l'Université Paris-Dauphine, France.  She is fluent in English and French.

United Nations Secretary-General António Guterres announced on 7 July 2021 the appointment of Ben Swanson of the United Kingdom as Assistant Secretary-General in the Office of Internal Oversight Services (OIOS). 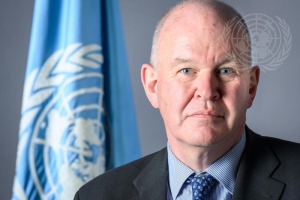 Mr. Swanson joined OIOS in 2013, where he served as Deputy Director, based in Nairobi, until 2015. During that time, he held responsibilities in the management, oversight and quality assurance for cases in East and Central African peacekeeping missions involving fraud and corruption, serious misconduct and sexual exploitation and abuse. In 2016, Mr. Swanson was promoted to Director of the Investigations Division of OIOS based in New York where he was responsible for development of the Division’s strategic and operational plans as well as the overall management of some 89 staff.

He holds a Master of Counter Fraud and Corruption Studies from Portsmouth University, a Bachelor of Laws degree from Northumbria University and a Bachelor of Science degree in Management from the University of Sunderland.